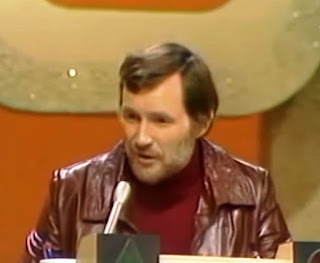 A game show mainstay in what you might call the Buzzr period of the ’60s, ’70s and ’80s, Orson Bean has died in an automobile accident at age 91.

Born Douglas Burrows in 1921 – he took his stage name as sort of a silly gag – Mr. Bean broke into television in a big way in the 1950s. He made many appearances on To Tell the Truth among lots of other Goodson-Todman shows. You can still often see him on GSN and Buzzr in Match Game, where his knack for offbeat repartee came in handy.

An odd note from the linked obituary is an older-is-better swipe at modern day game shows compared to the supposedly superior products (minus the rigged shows, I guess) of olden times…

He is often remembered for early panel shows, which, in contrast to the culture of greed, noise and kitsch of modern game shows, were low key, relatively witty and sophisticated. “We were much more intelligent then,” Kitty Carlisle Hart, a frequent panelist with Mr. Bean, told The Times in 1999. “It sounds like an awful thing to say, but it’s true.”

No, it’s not true, Kitty, but you won’t get any disagreement from the oldies boards. Mr. Bean (that moniker does sound more than a little goofy, doesn’t it?) enjoyed a wandering, varied life but he always had his wit and optimism to fall back on. Hail and farewell.