GameKlaud
Home Uncategorized Ratings: Alex is king of the hill 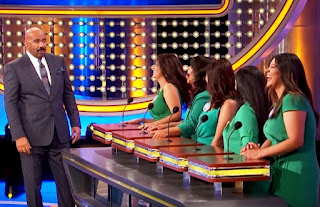 Not much change for syndie game shows in the week of January 27-February 2. But Alex did manage to get back to the top of the chart. And there was a bit of movement where I least expected it. TV News Check has the household ratings…

While I’m on GSN, I said that Get a Clue fell off the Show Buzz Daily charts. Well, Rob Belushi and friends made the latest chart for February 10 with 302K viewers. Not terrible but far from Common Knowledge at 501K viewers.

A schedule change for GSN: now that America Says is out of new eps, the network will move the triple run of the show from 9:00 PM on weekdays to 7:00 PM.

Meredith gets a fast renewal